A Lenin for our times?

The disintegration of Social Democracy in Europe, both organizationally and as a political project, presents both opportunities and problems for socialists and revolutionaries.

The Labour Party in Britain, and Social Democratic parties elsewhere in Europe have politically dominated the working class and the the labour movement for a most of the last century. Where mass Communist Parties have existed, in countries such as Italy and France, they carried out the same function and became in the post-war period ideologically indistinguishable from the mass Social Democratic parties. 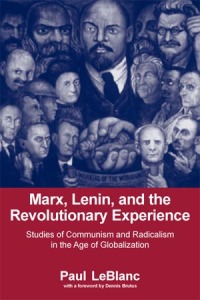 These parties, have in times of crisis, have been the greatest bulwark against radical change. Their demise the greatest opportunity for real socialist ideas to connect with the working class for a long, long time.

The responsibility on the left to carry out this task tough is a great one, but it presents a whole host new problems. It is a new turn in the class struggle that will require a re-examination of our political traditions in order to navigate it.

There is nothing new in this. Every generation of Marxist faced with such a change in the conditions around them have had to go through such process. Lenin had to face up to the inadequacy of Social Democracy, Trotsky had to address the degeneration of “Communism”, and the new left of the sixties had to deal with both.

Ideas were brushed off and refashioned, or they were dumped; new theory had to be created where the old was no longer “fit for purpose.”

Paul Le Blanc has written a number of challenging books and articles on the Marxist revolutionary tradition and in particular the politics of Lenin and Luxembourg. 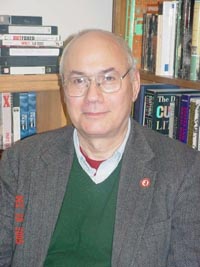 In the May June edition of the International Socialist Review there are articles by Paul Le Blanc, Lars Lih and Helen Scott based on a panel discussion held in New York in March of this year.

In it he mentions, quite appositely, that

Lenin’s Bolshevik organization was part of a broad global working-class formation, part of a developing labor movement, and part of an evolving labor-radical subculture that embraced masses of people. Much experience of the U.S. Left demonstrates that an effort to create such an organization outside of such a context all too often degenerates into the construction of a political sect, with well-meaning activists penned up in a world of their own, separate and apart from the working class.

The development of a broad, numerically significant layer and subculture of socially conscious people who are part of the working class is essential for creating the kind revolutionary party that Lenin helped build. The accumulation of a significant percentage of activists who are part of that layer is the precondition for such a party. This can’t simply be proclaimed by a handful of would-be Leninists

He has written a number of fascinating books such as Marx, Lenin, and the Revolutionary Experience, A Short History of the U.S. Working Class and Rosa Luxemburg: Reflections and Writings.

Also in this round table discussion is a contribution by Lars Lih. He has written what looks like a fascinating book Lenin Rediscovered: ‘What is to be Done?’ in Context on the said work and Lenin in 1900-1901. A monumental amount of scholarship seems to have gone into its production. Coming in at some 880 pages he seems to have read just about everything pertaining to this period.

Lih tries to put What is to be done? into the context of its times, and the circumstances of its making.

Though it contained ideas which were to have a fundamental importance for the development of Marxism as a revolutionary theory and practice, its importance has been much exaggerated over the years, both by Stalinism, which wanted to turn the works of Lenin into some form of holy revelation, and by bourgeois thinkers looking for the original sin of Bolshevism.

It was of course neither of those things. But neither was it a recipe book for revolution, ”just add cadre”.

Watch this space for a review of it here.